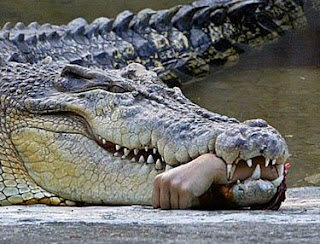 Renewing a Healthy Sense of Sexuality:

We need to renew our sense of healthy sex and sexuality. Our young people have been surrounded by unhealthy images of what it means to be sexy and what the norms are of expressing that sexuality. Where has the voice of the church been on helping our young people get a healthy view of their sexuality? Many have been silent. Many have acted like it is yucky or a taboo subject that is “off limits.” So where do young people go for their information? They don’t have to look any further than the magazine rack at the checkout aisle or the television and movies that are readily accessible (not to mention the internet). We have to start talking about this with our young people in our homes AND churches from an early age. To keep silent is to passively allow a death sentence on our children. We have to renew in our families and churches a healthy sexuality and it needs to start with our men. We need to hear it in our Bible classes, small groups, and from the pulpit. But won’t someone get embarrassed? Of course they will but wouldn’t you rather someone get embarrassed than someone get addicted?

Shon Smith illustrated this situation being like a tourist who traveled to the Nile River. He saw all these people sunbathing on the shore and they were mangled, missing arms and legs. All of a sudden he saw how it had happened. A crocodile come out of the river and bit one of the sunbathers leaving them disfigured and mangled. But no one moved. No one seemed surprised. They just stayed right there and continued to be attacked by the crocodiles. He yelled, “Why don’t you move?!? Why do you just sit there and get devoured by the crocodiles…why doesn’t someone do something? Don’t you know this is killing you?” But they just sat there.

We need some people shouting about this. We need some people raising their voices about how devastating this can be. We need to be made aware of how prevalent this problem actually is - not over there somewhere but right there in your church, in your home, among your family and friends. And like I have said over and over again here, we need safe places to talk about these things where we can express who we really are and what we really struggle with and find accountability and love rather than judgment and wrath.

You may leave a message.May God Bless you!