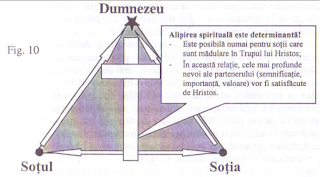 A deaf husband and a blind wife are always a happy couple. Danish proverb
Marriage is the art of two incompatible people learning to live compatibly. 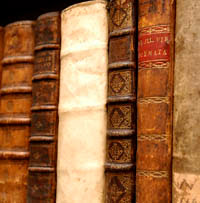 Help somebody elso to the Top

Let no one seek his own good, but that of his neighbor.
Publicat de Unknown la 11:59 Niciun comentariu:

Human life is far more important than just getting to the top of a mountain." 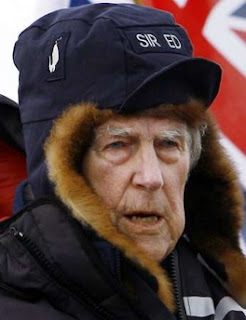 He wrote of the pair's final steps to the top of the world: "Another few weary steps and there was nothing above us but the sky. There was no false cornice, no final pinnacle. We were standing together on the summit. There was enough space for about six people. We had conquered Everest.

"Awe, wonder, humility, pride, exaltation -- these surely ought to be the confused emotions of the first men to stand on the highest peak on Earth, after so many others had failed," Hillary noted.
"But my dominant reactions were relief and surprise. Relief because the long grind was over and the unattainable had been attained. And surprise, because it had happened to me, old Ed Hillary, the beekeeper, once the star pupil of the Tuakau District School, but no great shakes at Auckland Grammar [high school] and a no-hoper at university, first to the top of Everest. I just didn't believe it.

His philosophy of life was simple: "Adventuring can be for the ordinary person with ordinary qualities, such as I regard myself," he said in a 1975 interview after writing his autobiography, "Nothing Venture, Nothing Win."

Close friends described him as having unbounded enthusiasm for both life and adventure.
He 'knocked off' Everest but lived a life of determination, humility, and generosity," Prime Minister Clark said in announcing his death.

Before Norgay's death in 1986, Hillary consistently refused to confirm he was first, saying he and the Sherpa had climbed as a team to the top. It was a measure of his personal modesty, and of his commitment to his colleagues.

He later recalled his surprise at the huge international interest in their feat. "I was a bit taken aback to tell you the truth. I was absolutely astonished that everyone should be so interested in us just climbing a mountain."

Hillary never forgot the small mountainous country that propelled him to worldwide fame. He revisited Nepal constantly over the next 54 years.

Without fanfare and without compensation, Hillary spend decades pouring energy and resources from his own fundraising efforts into Nepal through the Himalayan Trust he founded in 1962.

He raised funds for higher education for Sherpa families, and helped set up reforestation programs in the impoverished country. About $250,000 a year was raised by the charity for projects in Nepal.

A strong conservationist, he demanded that international mountaineers clean up thousands of tons of discarded oxygen bottles, food containers and other climbing debris that litter the lower slopes of Everest.

His commitment to Nepal took him back more than 120 times. His adventurer son Peter has described his father's humanitarian work there as "his duty" to those who had helped him. 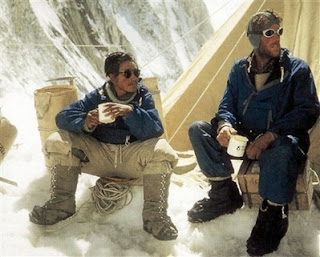 In 2006 he entered a dispute over the death of Everest climber David Sharp, stating it was "horrifying" that climbers could leave a dying man after an expedition left the Briton to die high on the upper slopes.

Hillary said he would have abandoned his own pioneering 1953 climb to save another life.

"It was wrong if there was a man suffering altitude problems and was huddled under a rock, just to lift your hat, say 'good morning' and pass on by," he said. "Human life is far more important than just getting to the top of a mountain." 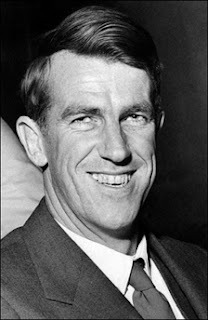 
"Human life is far more important than
just getting to the top of a mountain." 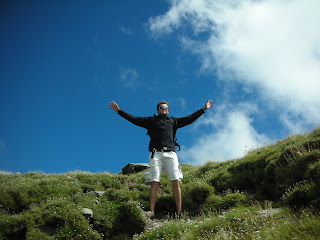 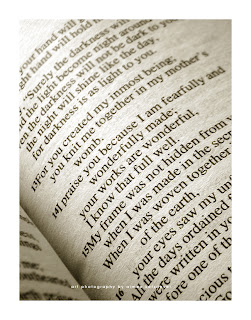