All men are born evil

And God saw that the wickedness of man was great in the earth, and that every imagination of the thoughts of his heart was only evil continually.
(Gen 6:5)

But we are all as an unclean thing, and all our righteousnesses are as filthy rags; and we all do fade as a leaf; and our iniquities, like the wind, have taken us away.
(Isa 64:6)

not ashamed of the Gospel

Paul Washer delivers a non-comprimising message on the power of the gospel and how Christians are salt and light in the world. We are culturally relevant because we are so utterly different then the decaying society around us.

Why would anyone take the beautiful Gospel of the Scriptures and ruin it by trying to make it relevant? The Bible says that we are aliens and strangers in this world. (1 Peter 2:11) Paul Washer lays out the “true” gospel and shares some of the ever-popular false gospels that are being presented in modern-day evangelism and the dangers that are associated with them.

Rom 1:16 "For I am not ashamed of the gospel of Christ, for it is the power of God to salvation for everyone who believes, for the Jew first and also for the Greek." 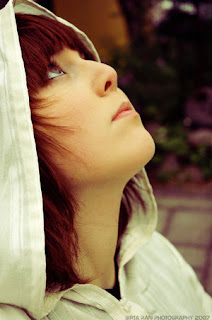 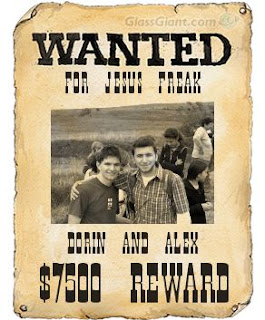 It has been a long lesson learning to live only before God,
and letting Him teach the conscience and to fear nothing save missing His will.
Jim Elliot, Shadow of the Almighty

This "want ad" appeared in the early part of this century.

A boy whose fingernails are not in mourning, whose ears are clean, whose shoes are polished, whose clothes are brushed, whose hair is combed, and whose teeth are well cared for;

A boy who listens carefully when he is spoken to, who asks questions when he does not understand, and does not ask questions about things that are none of his business;

A boy that moves quickly and makes as little noise about it as possible;

A boy who whistles in the street, but does not whistle where he ought to keep still;

A boy who looks cheerful, has a ready smile for everybody, and never sulks;

A boy who is polite to every man and respectful to every woman and girl;

A boy who does not smoke cigarettes and has no desire to learn how;

A boy who is more eager to know how to speak good English than to talk slang;

A boy who looks you right in the eye and tells the truth every time;

A boy who is eager to read good books;

A boy who would rather put in his spare time at the YMCA gymnasium than to gamble for pennies in a back room;

A boy who does not want to be "smart" nor in any wise to attract attention;

A boy who would rather lose his job or be expelled from school than to tell a lie or be a cad;

A boy who is at ease in the company of girls;

A boy who is not sorry for himself, and not forever thinking and talking about himself;

A boy who is friendly with his mother, and more intimate with her than anyone else;

A boy who makes you feel good when he is around;

A boy who is not goody-goody, a prig, or a little pharisee, but just healthy, happy, and full of life.

The Cross the Modern Preachers Put in the Back (Paul Washer)

Paul Washer- is still one of the preacher that I listen and I pray for his ministry and life.

You see, this is the Cross that all these modern-day "preachers" put in the back of the store and not in the store front window because it's a shameful thing, it's a horrid thing, it's a terrible thing. Some of you are looking at each other as though, 'I've never heard anything like this before.' Absolutely! And that's the Cross has so little power in your life.

This is a horrid thing, a vile thing, not the kind of thing you wear around your neck."


For the preaching of the cross is to them that perish foolishness; but unto us who are saved it is the power of God.
(1Co 1:18)
Publicat de Unknown la 00:46 Niciun comentariu: