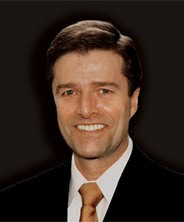 “RUN from gospels that Focus only on Success and Prosperity. RUN! RUN from those who use the Name of Christ Only for his Personal Gain. RUN from those that are Picking your Pocket in the Name of Jesus RUN! RUN from gospels that only focus on Self-Improvement...Three Steps to a Better Personality. RUN from Churches where Men and Not Christ are Glorified. RUN! RUN!...Body of Christ RUN!...Get Out! Don't Touch the Unclean Thing! RUN from Churches in America and Canada where there is No Bible, there's No Cross in their Theology, No Soul Searching Word, there's No Repentance from Sin, there’s No mention of the Blood of Jesus. RUN! It’s Unclean. RUN! RUN from Churches where the Worship leaves you Cold, there’s No sense of God, because they don’t know God. RUN! RUN from Churches where you’re Comfortable in your Sins...that's a Table of devils. If you come into the House of God and you've got Sin in your Life, and you’re Not Convicted of it, your at a Table of devils. RUN from Pulpits that are filled with Political men, who are using the Pulpit of God for a Personal Political Agenda. RUN! RUN from those who Preach Division between Races and Cultures. RUN! RUN! Get out! Turn it off. Get Away from it! They know Nothing of God. RUN from ungodly, spasmodic movements and endless empty Prophesying. Beloved Church. RUN, for your Life! RUN from Preachers that stand, and tell Stories and Jokes. RUN like you’ve never RUN before. RUN from those that are only after your Money, and they use one Gimmick after another, one foolish thing after another to get your Money. RUN.”

"It is better to be DIVIDED by TRUTH than to be UNITED IN ERROR. It is better to SPEAK THE TRUTH that HURTS and then HEALS, than FALSEHOOD that COMFORTS and then KILLS. Let me tell you something, friend, it is NOT LOVE and it is NOT FRIENDSHIP if we FAIL to declare the WHOLE COUNSEL OF GOD. It is better to be HATED for telling the TRUTH, than to be LOVED for TELLING A LIE. It is IMPOSSIBLE to find ANYONE in the BIBLE who was a POWER FOR GOD who did NOT have ENEMIES and was NOT HATED. It's better to STAND ALONE with the TRUTH, than to be WRONG with a MULTITUDE. It is better to ULTIMATELY SUCCEED with the TRUTH than to TEMPORARILY SUCCEED with a LIE. There is only ONE GOSPEL and Paul said, "If any man PREACH ANY OTHER GOSPEL unto you than that which WE have PREACHED UNTO YOU, let him be ACCURSED."